The Grass Is Greener, page 4

Benefits to the Consumer

While pasturing benefits animal and environmental health, it also has a direct link to the health and safety of consumers.

Meat from livestock raised primarily on pasture has been shown to be higher in many nutrients—including vitamin E, beta-carotene, and the healthy fats Omega-3 and CLA, (conjugated linoleic acid)—than meat from animals fed primarily grain. A growing body of research points to health benefits associated with CLA, including a possible role in fighting certain cancers, diabetes, and obesity. A 2006 report from Union of Concerned Scientists found that “grass-fed beef and milk contain higher levels of Omega-3 fatty acids, the so-called beneficial fats. Both grass fed milk and ground beef are also higher in CLA, a fatty acid shown in animal studies to protect against cancer.” The study also found that grass-fed meat is generally leaner.

Because animals on pasture tend to be healthier, antibiotics (which are prohibited in organic production) are rarely needed. This helps to counter the dangerous overuse of antibiotics which has led to strains of bacteria that are resistant to treatment, making once-reliable treatments less effective against human as well as animal diseases.

Recent concern over the safety of our food supply has highlighted a link between concentrated feedlots and pathogens like E. Coli that can be transmitted to humans through contaminated soil and water. Research shows that the incidence of E. Coli, which has been shown to be high in feedlot beef, is greatly reduced in cows on pasture. 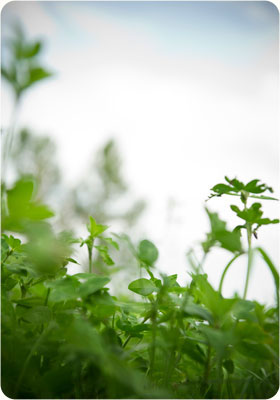 Sign up for our email newsletter and receive $20 off your first order of $100 or more! As a newsletter recipient, you will receive access to exclusive sales, recipes, and be the first to know about new offerings.

Sign up for our weekly email newsletter and receive $20 off your first order of $100 or more! As a newsletter subscriber, you'll get access to exclusive savings, recipes, and be the first to know about new offerings.