Meet a few of our co-op's owners - the family farmers who are pioneering the organic meat industry with Organic Prairie. 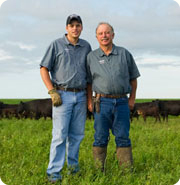 Ten miles north of Newhampton, Iowa, there's a three hundred acre certified organic farm that looks much as it did when folks settled it in... (more) 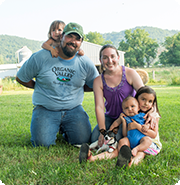 Seventy-nine-year-old Marlene Goede, the matriarch of Goede Acres, was asked recently by her son Lorn and grandson Joel if she would... (more) 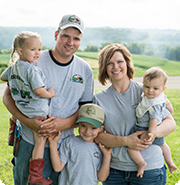 If you had to choose just one word to sum up Fred Pedretti's farm life, "tradition" would be an obvious choice. His 360 acres stand at the top... (more)

Roger Peters predates his farm by one year; that's how old he was when his father bought the land in 1959. Roger, his father, and the farm... (more)

Call him the accidental farmer: Ron Rosmann never intended to run his dad's operation. He left the farm and went to college at Iowa State... (more)

Sign up for our email newsletter and receive $20 off your first order of $100 or more! As a newsletter recipient, you will receive access to exclusive sales, recipes, and be the first to know about new offerings.

Sign up for our weekly email newsletter and receive $20 off your first order of $100 or more! As a newsletter subscriber, you'll get access to exclusive savings, recipes, and be the first to know about new offerings.